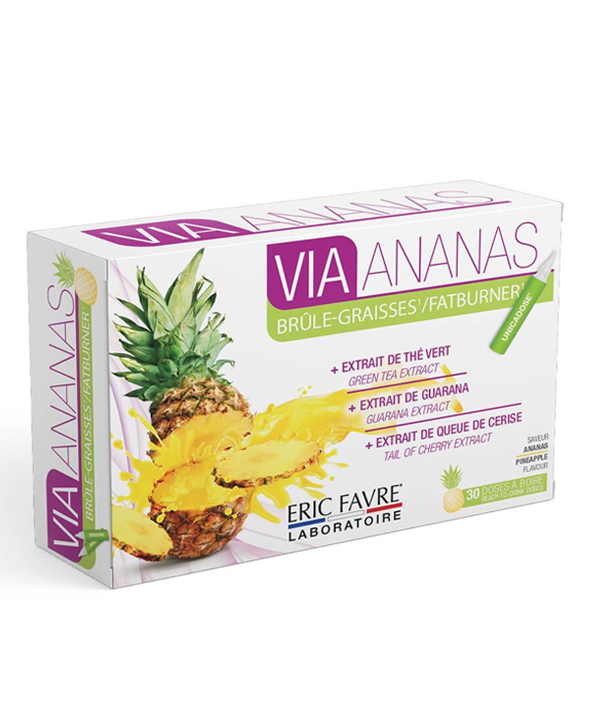 The product VIA ANANAS Unicadose combines pineapple,
green tea, guarana and cherry tail extracts to detoxify your body
and refine your silhouette.

The product VIA ANANAS Unicadose combines pineapple,
green tea, guarana and cherry tail extracts to detoxify your body
and refine your silhouette.
• GALENIC PRESENTATION
Case of 30 Unicadose® of 10 mL
• INGREDIENTS
AQUEOUS EXTRACT (54%): PINEAPPLE, GREEN TEA,
GUARANA, CHERRY TAIL; FRUCTOSE; PINEAPPLE
CONCENTRATED JUICE, PINEAPPLE FLAVOR, ACIDIFIER:
CITRIC ACID, THICKENER: XANTHAN GUM; PRESERVATIVES:
POTASSIUM SORBATE, SODIUM BENZOATE; SWEETENER:
SUCRALOSE; WATER.
• TRADITIONALLY
RECOGNIZED PROPERTIES
OF MAJOR COMPONENTS
• GREEN TEA
Green tea originally from China is traditionally known for its
digestive virtues. Green tea leaves, stimulating lipolysis and
thermogenesis, help to mobilize and evacuate reserves fat faster.
Indeed, the flavonoids they contain, promote the elimination of
fat by natural routes (lipolysis). The caffeine content of green
tea gives it the power to burn fat by acting on the Nervous
Sympathetic System (thermogenesis). Green tea inhibits and
reduces intestinal absorption of lipids and carbohydrates by
inhibiting certain digestive enzymes with these polyphenols.
Thus, some of the lipids and sugars will not be assimilated by
the body, nor stored in the fatty tissues. The caffeine present in
the leaves contributes to this lipolytic action. By its antiasthenic
role, it helps to fight against the declines that can accompany
diets. Among the other active ingredients of green tea leaves,
there is the presence of tannins: theobromine and theophylline,
known for their diuretic properties (facilitating the elimination of
water). Studies have shown that EGCG Green Tea reduces the
differentiation and proliferation of fat cells, lipogenesis, fat mass,
fat absorption while increasing fat oxidation and thermogenesis.
Other properties are attributed to green tea. This one is an
excellent antioxidant. It is the polyphenols, of which the three
main ones are catechins, theflavins and thearubigines, which
confer this property. It seems that EGCG is also acting on the
appetite control system.
• GUARANA
Guarana is used in cases of fatigue. Indeed, the many assets
contained in its seeds (especially guaranine and caffeine) make
this plant a physical and intellectual stimulant. Guarana is also
traditionally used to facilitate weight loss by acting on the
lipolysis of triglycerides stored in adipocytes, by inhibition of
phosphodiesterase. Caffeine accelerates the «burning» of fat,
increases the basic metabolism of cells and thus promotes
the elimination of stored fat by the body. In addition, caffeine
increases glycolysis.
• CHERRY TAIL
Recognized for their diuretic and depurative power, cherry tails
allow the body to get rid of all accumulated toxins. Cherry tails are
also effective at combating water retention problems, urinary tract
infections and gallstones. These actions are due to the flavonoids
and potassium salts they contain. These are the elements that
stimulate the elimination of both urinary and digestive, allowing
to «clean» the entire body toxins accumulated in the body.
• PINEAPPLE
Pineapple is naturally rich in bromelain, a proteolytic enzyme
used in the food industry. It has an action of stimulation of the
digestion, similar to that of the pepsin, enzyme produced by
our stomach. It would also have anti-inflammatory and antiedematous
actions.

Directions for use
Take one shot per day, pure or diluted in a glass of water or fruit juice. Shake well and open the dose with a simple touch of your finger.

Contains caffeine , not recommended for children and pregnant women (14 mg / 1000 ml)
This product is not a medicine but a food supplement based on plant extracts.

Precautions for use
Do not exceed the recommended daily dose. To be used as part of a diversified diet and a healthy lifestyle. Keep out of the reach of young children. Do not consume without meals. Not recommended for children, adolescents and pregnant or breastfeeding women.
Store away from heat and light. 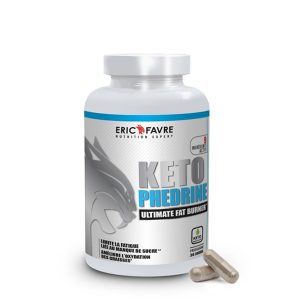 Ketophedryne ® is a fat burner designed with 9 active ingredients to increase thermogenesis, destock and oxidize fat 2 , ideal during periods of dryness.

Formulated specifically to avoid the fatigue caused by a diet without carbohydrates 1 , it will be your best ally for your weight loss. 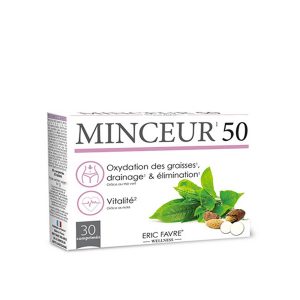 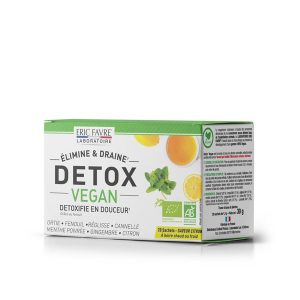 The veganism is aimed at all people wishing to consume no food from animal exploitation.
LABORATOIRE ERIC FAVRE ® is part of this ethical choice through the development of a 100% Vegan range.
Detox Vegan herbal tea is formulated with selected natural plants certified AB including fennel which facilitates urinary elimination and which also has a draining action.
Certified theine-free, Detox Vegan will delight your taste buds with its subtle lemon flavor. 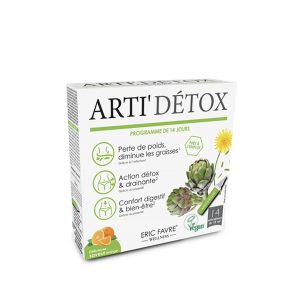 The artichoke helps lower the level of lipids in the blood and promotes weight loss.
Dandelion helps support detoxification of the body, promotes digestion, well-being and contributes to digestive comfort. 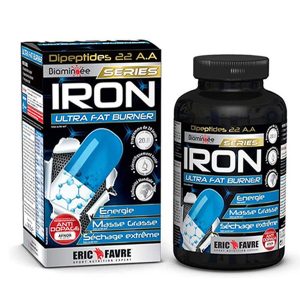 Iron Ultra fat burner acts on the fat mass. Thanks to the presence of green tea, it will allow you to help burn your fat, while Iron helps reduce fatigue and keep your energy up. 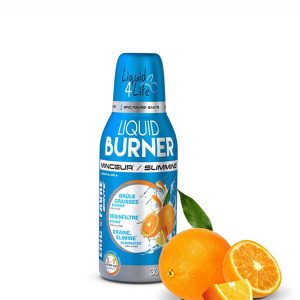 The Eric Favre Santé ® Laboratory has developed the Liquid 4 Life range to help you feel good in your body so as not to let the inconveniences of everyday life ruin your life!
The Liquid 4 Life range is:
– Concentrated formulas, selected ingredients
– NO added sugar, NO coloring, 100% VEGAN
– Fruity flavors
– Easy to use

Its good citrus taste will delight your taste buds.